Scotland’s students deserve better than this 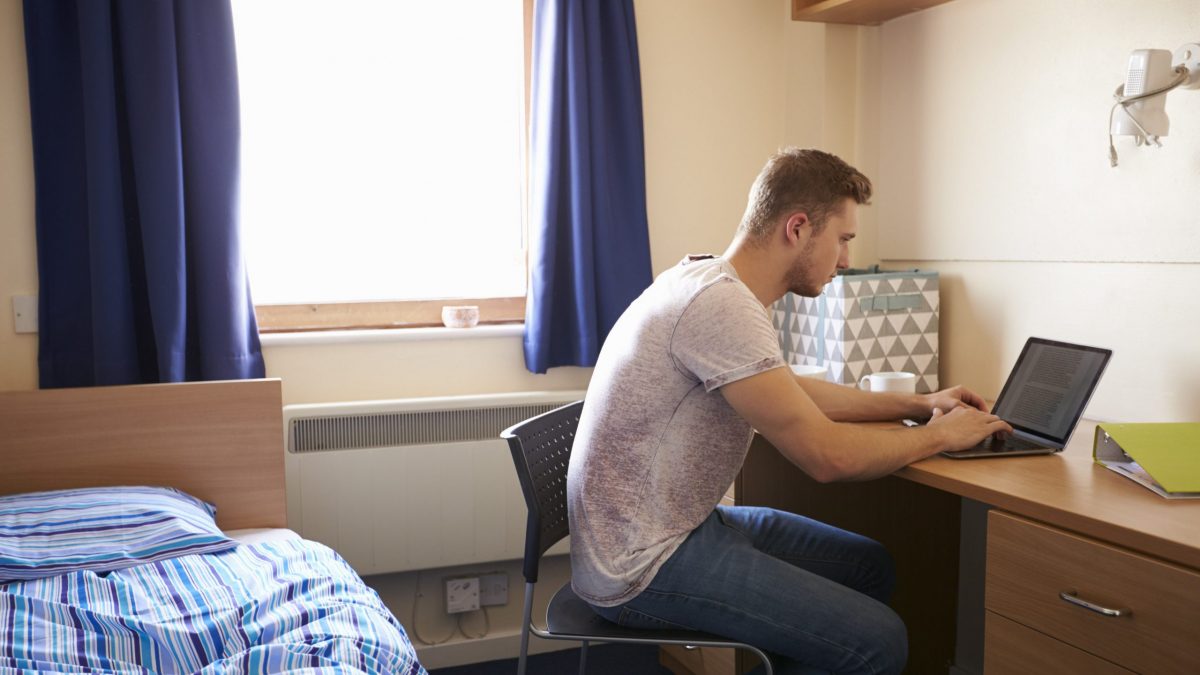 “I can’t imagine having to bubble with the bullies I lived with in my first year of university. When I was 18 and moved into halls, the 4 freshers I lived with went out of their way to make my first experience living away from home hellish. The support offered from my university was unsubstantial, and instead of facilitating a transfer, I had to resort to staying people’s sofas (who I’d only befriended a week beforehand!). Until the case escalated because of my parent’s intervention, I had nowhere to live, and I was frightened to access my room to get my belongings. It’s a classic case of a young person not being taken seriously or listened to – which is extremely ironic because the university relies on young people to fund the institution! Meeting people outside of my halls was a lifeline for me as a fresher, especially as the university counselling waiting list was over six months. I cannot begin to imagine how awful it would have been if I wasn’t allowed to leave halls.” – Former student living in Edinburgh, aged 24.

This, sadly, will be an experience all too familiar to students across the country, their problems now compounded by the effect of the COVID-19 pandemic, and policy decisions about us taken without us.

We were encouraged to move into halls despite the knowledge that university would be almost entirely online this semester. We’ve been told we face expulsion if we leave our buildings, to the detriment of our mental wellbeing. At times, it has felt like we are being generalised, smeared and dragged through the mud in the media and public life as the instigators of the second wave.

As students, we deserve better than this.

I’m lucky that I’m a third year student living at home in the current circumstances. My heart goes out to Freshers, some of whom have moved across the country, and in some cases across the world, away from their families for the first time, to move into university accommodation despite that being unnecessary due to teaching being almost entirely online this year. Students pay an extortionate amount of rent to live in halls, which they now are not allowed to leave the confines of under threat of expulsion.

At the forefront of policy decisions during all of this should be mental health. We already know that young people, who make up the majority of the student population and residents of university accommodation, are in the grip of a mental health crisis, with rates of anxiety, depression and other mental health issues skyrocketing in the past decade. This crisis has been exacerbated by the pandemic. Starting university can be a turbulent time, where normal life to this point is uprooted and fundamentally changed – domestic settings, social groups, lifestyle as a whole – mental health issues amongst Freshers are exceedingly common for a whole host of reasons, and that simple fact should have been the guiding principle of policy decisions around stemming the virus in the student population.

We should be making progress on this pressing issue, not going backwards. The result of decisions about students being taken without any consultation or meaningful engagement with them is the situation we’re now in – that students in halls are essentially confined to their rooms “prison-style”, as one student in Edinburgh’s Pollock Halls has articulated it: they are not allowed to return home to their primary support networks, possibly even for Christmas, and are now even banned from socialising in pubs and restaurants.

Should we really be surprised that this could have a cataclysmic effect on young people’s mental wellbeing? The grim reality of this situation is that universities simply do not have the resources to cope with the consequences of the decisions they have taken. I can’t help but wonder about the human cost of those.

Adding to the confusion and anxiety is the vagueness of the rules surrounding students being banned from pubs and restaurants.

There is urgent clarification needed around whether these rules apply solely to students in halls, or also to students in general – those living at home, mature students, students in non-COVID infected accommodations etc.

Bizarrely, we may end up in a situation where the only circumstance where it’s ok for a student to be in a pub is if they’re pulling pints!

I’ve heard of students who live with non-students, now worried that their flatmates may be allowed out but they will not be, even though they haven’t stepped foot on a university campus this semester.

Tarring all students with the same brush would be a drastic step back for a Scottish government who have, so far, shown themselves to be willing to listen to concerns over young people’s rights – most obviously the introduction of the UNCRC incorporation bill last month.

However, let’s not lose sight of the fact that it’s not only the government to blame for this. Did universities listen to public health advice about moving students into accommodation? It seems common sense that this would have negative impacts for the health of the student population, and would significantly set back the public health progress on beating coronavirus as a whole.

Despite this, universities still encouraged thousands of students from around the world to move into highly densely-populated accommodation blocks, under the premise that they would be engaging in “hybrid” learning.

Let’s put it simply: the decision to allow students to move into university accommodation in the current situation was unnecessary, irresponsible and dangerous.

Unsurprisingly, this has led to speculation that the motivation behind this was a financial one, not one based on student wellbeing – a worrying trend all too commonly seen in recent years.

Over and above our needs being neglected by government and university policy, some sections of the media have also held young people up as a scapegoat to blame for the second wave of COVID-19.

Ultimately, public policy decisions to re-open services and restart the economy are what has given rise to the increase in cases. This was inevitable, and presumably understood by those who have participated in said services over the past two months. To take an individualistic view to this is, therefore, fairly pointless, and to hone in solely on young people to blame them is just plain daft.

I work in one of Scotland’s largest department stores, and I see on a daily basis hundreds of people, young and old, not following the rules. Whether it’s a nose drooping over a mask, a group of seven walking through the shop or, particularly concerning and yet all too common, an uncovered cough over some stock which will later be handled by a retail worker – most likely to be, I would note, a young person – no generation is exempt.

The concentration of young people in retail and service work like shops, bars and restaurants mean that our recovery from COVID-19 depends on them. Young people are the backbone of our socio-economic rise from this global tragedy.

It’s not enough to rely on young people one week and demonise us the next. It’s about time we started respecting and standing up for those who are going to see us through this horrendous time; those who we cannot beat this virus without.

We deserve better than this.