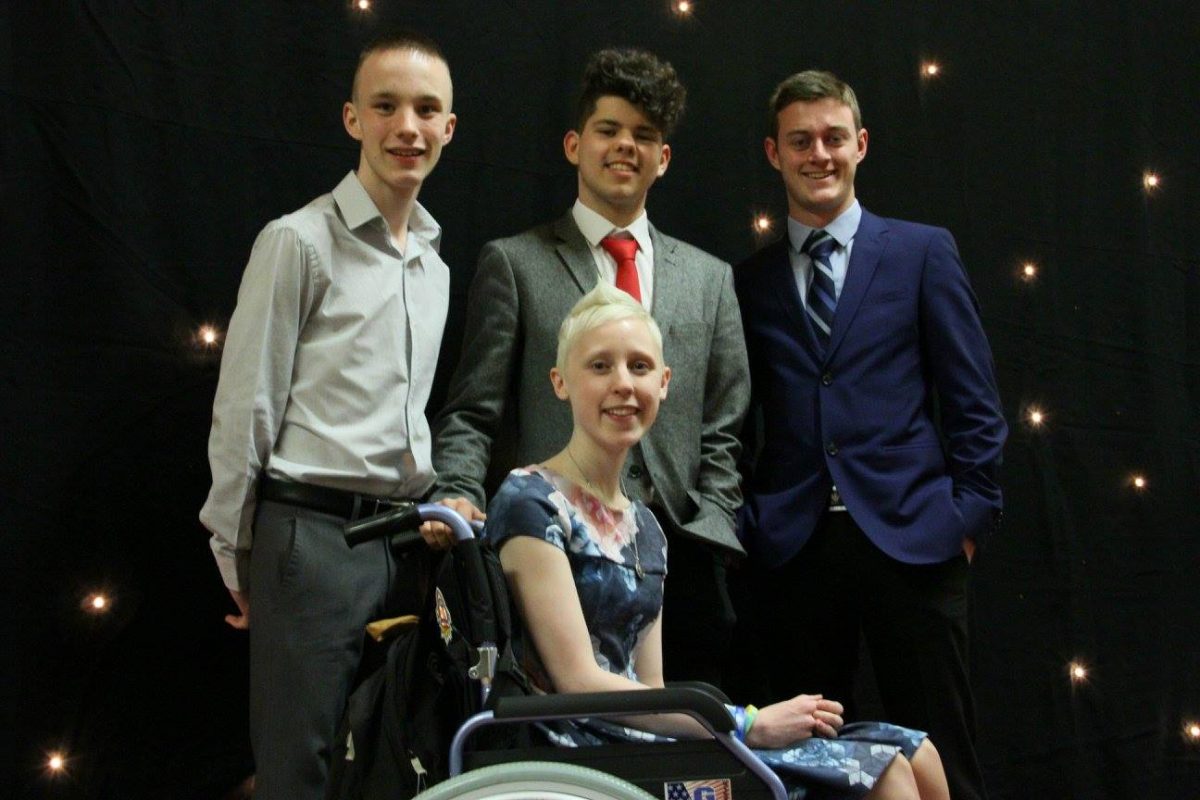 In the lead up to SYP’s 20th birthday, we caught up with former MSYP Rachael Tidmore.

In 2011, Rachael successfully stood for election as MSYP for East Kilbride. She said that at the time, SYP “seemed overwhelmingly political” to outsiders, and wanted to run to represent young people who were less politically engaged.

Rachael was re-elected for three terms. She said that the last of these was unexpected as she wasn’t planning on running but her constituents said that they were voting for her…so she decided to go through the election process for one last time!

Rachael advises MSYP candidates to not “get lost” in the SYP election process, as it can be easy to feel disappointed after you do not get the position you have your heart set on. After she was unsuccessful in standing for the position of Vice Chair at SYP, Rachael reflected that “you cannot lose anything during your time at SYP – you only gain.”

I did not become an MSYP for the title. I did it to be part of positive change.”

“Failure isn’t necessarily a bad thing”, Rachael says. For example, she said, YOYP itself came out of failed bid for the Youth Olympics 2011 and a sense that those involved didn’t want all this energy and resources to go to waste, so they used this as an opportunity to showcase what young people can do.

During her time as MSYP, Rachael was a Trustee, contributed countless illustrations (she is also an expert gif-engineer…), and won SYP’s Unsung Hero award. However, Rachael modestly stresses that “it’s not about the awards…I like making people happy and I like making people smile.”

Since SYP, Rachael has been working behind the scenes with the YOYP in the Interim Planning Group, and as part of the Communic18 group!

In addition to leading YOYP, Communic18 take part in funding panels, decision making and deliver projects. During the two year period the group have had fantastic opportunities – from meeting Prince Harry, to a trip to Brussels to visit to the European Parliament.

Through Communic18, Rachael was part of the Delivery Panel for Young Scot, which meant being part of a group of young people who designed the Young Scot awards. One of the biggest surprises was seeing her face on the side of a bus in Buchanan bus station in promotion of the awards!

Rachael didn’t know how to react when she was told she would be a finalist for the Year of Young People 2018 (YOYP) 2018 awards for her participation in YOYP and Communic18…she loves “giving awards but not receiving them!”

She wanted to make the awards more inclusive, to enable young people who wouldn’t usually be able to attend. As a result, she arranged for 12 children from the Sick Kids Foundation and 12 young people from the Teenage Cancer Trust to attend.

On the night of the awards, with 3,000 people in the audience, Rachael was waiting behind stage (with the First Minister Nicola Sturgeon!) for the winners to be announced.

Rachael had no speech prepared, but reminded herself “to not forget to tell young people how amazing they are” while on stage. She said: “All young people are champions in their own right – champions to their parents, to their dog, to their communities, but most importantly, to themselves.”

Rachael is keen to focus on the legacy of YOYP now that it is over. She reiterates the phrased used throughout YOYP and the co-design process: “most people tend to think of young people as the sprinkles on a cupcake – they’re a good addition, but not necessary. We promote young people as fundamental to society – they are the flour, eggs and butter of the cupcake.”