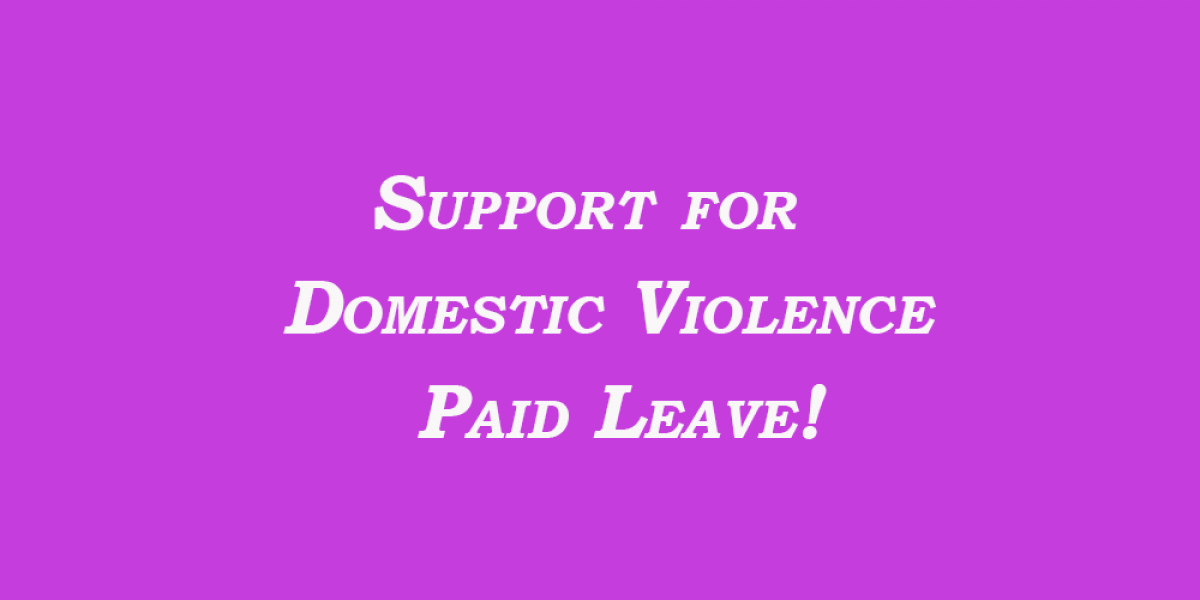 Content warning: this blog refers to domestic abuse and tactics of emotional control and manipulation, which some readers may find emotionally triggering.

Two years ago, myself and a former MSYP proposed a Members’ Motion to our membership for debate at an SYP Sitting. It focused on domestic abuse paid leave, and the the motion read as follows:

“The Scottish Youth Parliament believes that Scotland should implement legislation that would grant people who have experienced domestic abuse a period of paid leave from their employment, allowing them to build a safer, more stable living environment and protect themselves and any children without having to worry about income or work.”

We believed that this was needed in our communities across Scotland, and so did the membership, who voted to pass the motion with 92% in agreement.

Before the motion was put forward to MSYPs in 2018, there were already several countries across the world to already implement domestic violence paid leave. The Philippines introduced it in 2004. New Zealand recently granted 10 days paid leave for domestic violence. Australia is soon to follow but the leave granted is unpaid. Some Provinces in Canada also have policy on paid leave also.

Recently, a Scottish Council was proudly named the first in Europe to implement a policy on paid leave to allow their employees to attend medical appointments, counselling, legal proceedings, seek safe housing, and visit support agencies. This means that they are able to recover from domestic abuse without having to worry about their finances, or use up their annual leave too.

Since the coronavirus pandemic domestic violence cases have risen during lockdown: “The National Domestic Abuse Helpline run by Refuge reported 40,000 calls in the first three months of lockdown and that calls in June were 80% higher than usual.”

Also, the NSPCC reported that “contacts to their helpline about the impact of domestic abuse on children had increased by 32% since the start of lockdown to an average of one and hour”.

In 2018, Scotland made psychological and emotional abuse a criminal offence by introducing the Domestic Abuse (Scotland) Bill. Here is how the  legislation defines abusive behaviour is:

Behaviour that is violent, threatening or intimidating.

Behaviour whose purpose is one of the following:

I think it is important that domestic violence paid leave is made available as soon as possible to help people in these horrible situations. This is especially vital during the global pandemic, considering we don’t know when the end is in sight. This Domestic Violence Awareness Month, we should be starting a conversation in Scotland to commence campaigning and advocating for what could be a huge help in many people’s situations. It is the difference between giving people time to focus on being in a safe environment for them and their children – without having to worry about their job or finances.

Together, I believe that we can make a difference. Let us start this conversation now, and get more local authorities to follow South Ayrshire’s initiative. Let’s work towards getting Scotland to follow New Zealand and other countries in the call for Domestic Violence Paid Leave now.