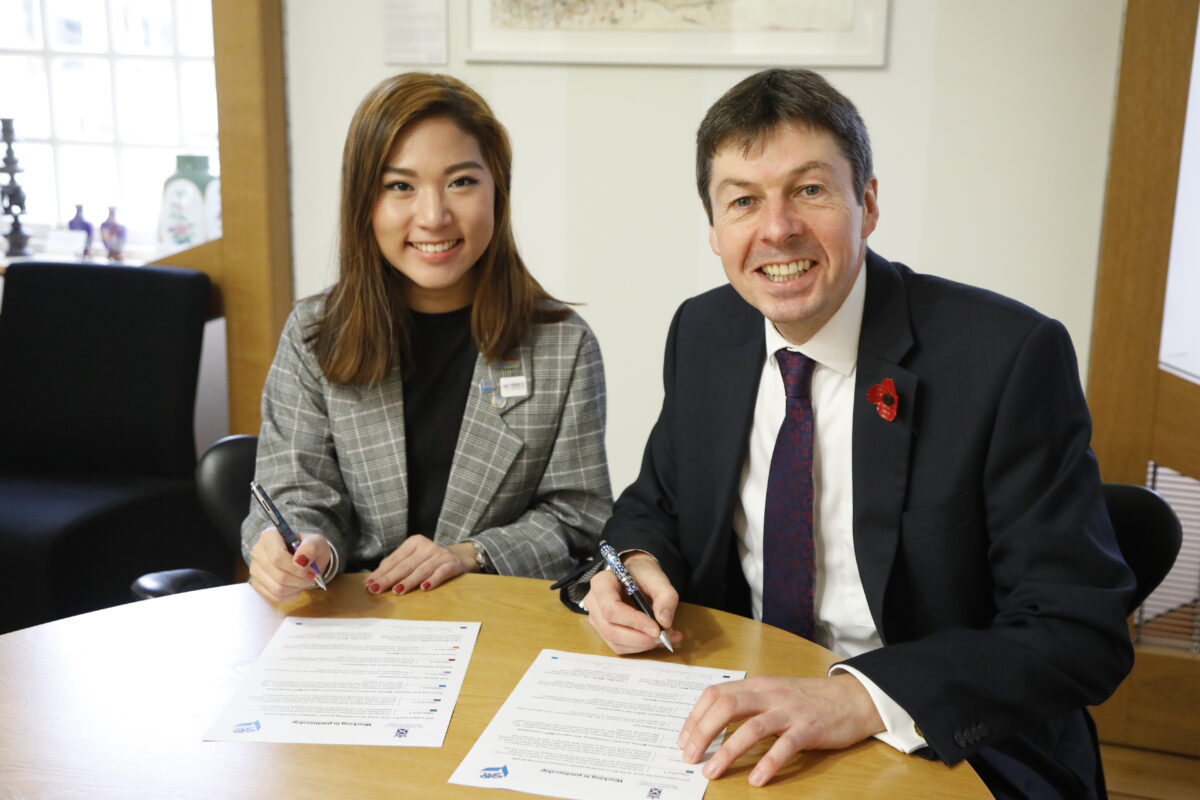 Ensuring the voices of Scotland’s young people continue to be heard is at the core of a closer working relationship between the Scottish Parliament and Scottish Youth Parliament.

The Presiding Officer of the Scottish Parliament, the Rt Hon Ken Macintosh MSP, and the Chair of the Scottish Youth Parliament (SYP), Suki Wan MSYP, met to sign a document that signals their support for objectives (available here) that set out what that partnership working will look like for the two organisations.

Staff from both Parliaments will work together to deliver one SYP Sitting at Holyrood every two years, improve training and support for MSYPs from Scottish Parliament staff, and develop closer relationships working between SYP committees and their Scottish Parliament counterparts.

These objectives are part of a programme of work that has emerged following an independent report of the Commission for Parliamentary Reform, which set out more than 70 recommendations on how the Scottish Parliament should evolve to best meet the needs of the Scottish people.

This included recommendations specific to reinforce its relationship with the SYP to “facilitate closer links between the work of each Scottish Parliament committee and its relevant SYP committee” and that “committees should build on the engagement potential of the SYP to broaden the range of youth voices informing parliamentary scrutiny”.

“This closer working relationship is an amazing achievement for SYP and for all of Scotland’s young people, and we are all looking forward to seeing what more we can achieve in collaboration with the Scottish Parliament.”

For Scotland’s Parliament to be truly representative, having young people involved at the heart of politics is vital.

“As the Parliament approaches its 20th anniversary, and in the Year of Young People, it is right that we revisit this relationship to ensure that young people continue to have a strong voice at Scotland’s Parliament. By working in partnership we’ll ensure that the Parliament continues to hear that voice and help us face the challenges of the next 20 years.”